Beauties from bygone times: The world’s most amazing abandoned casinos 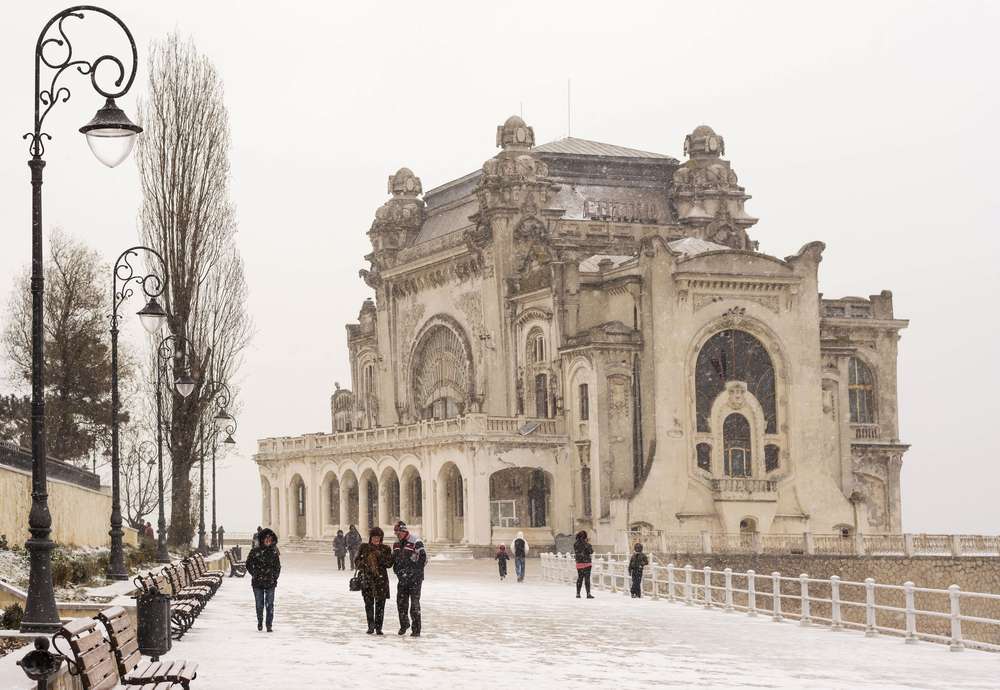 Man is said to have been gambling since the beginning of human culture, reportedly since the Palaeolithic period of around 40,000 years ago. It is a known fact that the earliest six-sided dice, found in Ancient Egyptian tombs, date back to 3,000BC. In China, gambling houses were widespread 3,000 years ago, with betting on fighting animals common. Things became somewhat more refined as we entered the ‘AD’ period, with the first playing cards and lotto games appearing in the 9th and 10th centuries.

The oldest casino in the world

The oldest casino in the world is the Casino di Venezia, on the Grand Canal in Venice. It was originally opened in 1638 as Il Ridotto (‘The Private Room’), as a wing of the Palazzo Dandolo, now itself the five-star Hotel Danieli. Prior to the casino’s 1638 opening, it was known as the Theatre Saint Moses, and during the intervals in plays shown at the theatre, audiences would enjoy card games and gambling. The Casino di Venezia began a craze for Venetian casinos and by the mid-1700s, the city was home to more than 100. The rest of Europe quickly followed, and then America, with the Golden Gate Hotel & Casino actually opening its doors on Fremont Street in Las Vegas back in 1906 (although gambling was banned between 1909 and 1931).

What happens when the lights go out?

As we all know, a beautifully designed casino can create the most unique atmosphere. Whether it be one of the iconic houses from history such as Casino di Venezia, one of the ultra-modern constructions found in Macau or Vegas, or a wonderful marriage of tradition and technology such as London’s Hippodrome, there is no place quite like a top-flight casino. But what happens if the House loses one last time, and the lights finally go out forever? You may have to indulge me here, but surely it is difficult to deny that abandoned buildings carry a mysterious fascination? Many are so hauntingly beautiful that it can be disturbing. The renowned French photographer of contemporary ruins, Yves Marchand, best summed it up when he said: “Many times we would enter huge art deco buildings with once-beautiful chandeliers, ornate columns and extraordinary frescoes and everything was crumbling and covered in dust and the sense that you had entered a lost world was almost overwhelming.”

As the amazing examples that follow clearly show, a casino that is no longer open can still create that unique and spine-tingling sense of fascination and wonder. To visit these stunning examples must be an experience that is beyond the surreal. The silence alone must be extraordinary when compared to the excitement we have all become so used to. Once way beyond normal levels of luxury, and now empty and abandoned, these locations that span Europe, the US and Asia

From the outside, and at a distance, the former Constanta Casino on the Romanian Black Sea coast looks magnificent. However, up close it is obvious that it has been closed for a long time. It was built in 1910, in the Art Nouveau style, by architect Daniel Renard. The original interior contained two gaming rooms, two reading rooms, a dance hall, a theatre, a gallery, a restaurant and a terrace with sea view. The Red Cross used the building as a hospital during WW1 and during WW2, it was home to German troops and suffered bomb damage. damaged by bombing. The casino was renovated under the post-war communist regime, becoming a ‘House of Culture’. Although partially renovated in 1988, Casino Constanta closed its doors for the last time over three decades ago, in 1990. With all forms of entry prohibited since 2014, it has been listed as one of the seven most vulnerable historic buildings in Europe, although restoration work has now commenced.

In the first half of the 20th century, Asbury Park was one of the most popular casino resorts in New Jersey. Built in 1929 to replace the previous building that had been destroyed by fire, it was designed by the same firm of architects that created New York’s Grand Central Station. Its Art Deco façade is simply stunning, with huge windows that face the Atlantic. In all, the complex included a casino, a theatre, shops, attractions and a roller-skating arena. Sadly, the casino element declined in popularity declined through the 1960s and 70s, and finally closed in the 1980s. Periodic outbreaks of bad weather, coupled with inadequate maintenance, have left the main building deserted, although other activities such as a skate park and a flea market do continue. But despite being a building of the most incredible architectural significance, the casino itself remains neglected.

The Bokor, Cambodia, opened its doors in 1922 as a French colonial hotel and casino. The elite from French society travelled to this mountain-top paradise, the most luxurious resort in Cambodia. In 1946, the building was used as a military hospital during the first Indochina War and then, difficult to defend, it was abandoned in 1950. Then, in 1953, the French departed Cambodia and the nation became independent. Years of unrest, civil war and terrible violence, including genocide, followed and the hotel remained closed until 1962, closing for the final time in 1970. Today, the abandoned building is little more than a ‘curiosity’ for visitors to the region, fascinated by its perverse, bygone beauty and what locals – perhaps with an eye on turning a fast buck – describe as the building’s “ghosts.”

A poignant reminder that things come and go

The paradox in this piece is that neglect and decay are not meant to be beautiful. Conventional society equates them with failure, adoring all things shiny and new. But some of us find these abandoned casinos so wonderful and entrancing because they are not brand new and smelling of success. They serve as a poignant reminder that most things in life do come and go, that none of us quite knows what tomorrow might hold.