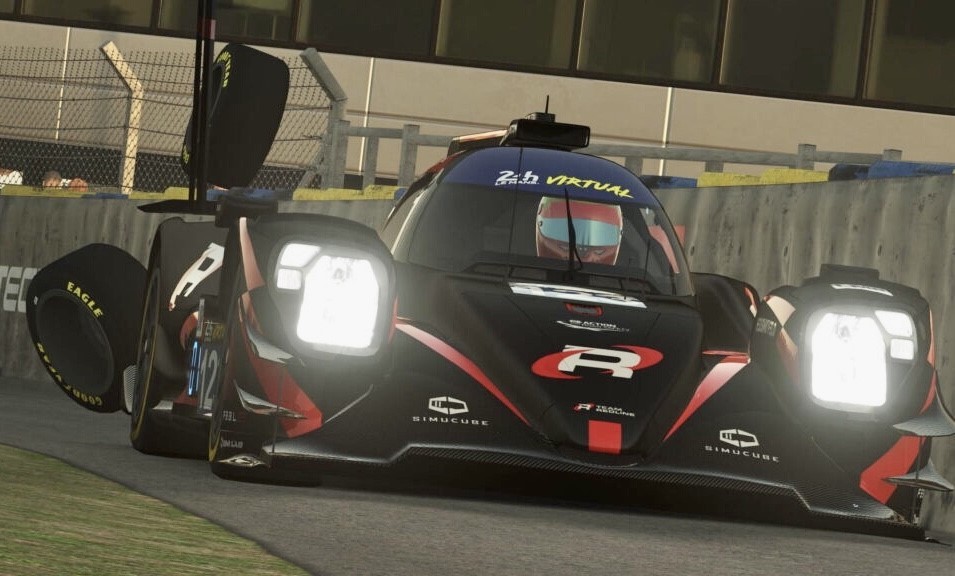 The event was the final round of the Le Mans Virtual Series, with its $250,000 prize pool, and both of these class winners took their respective overall Championship victories too.

Brazilian Drugovich, who also drives in Formula 2, got the 50-car and 200-driver race started at 2.00pm CET on Saturday January 15th having secured pole position on the previous day, 0.002 seconds ahead the Team Redline entry driven by F1 World Champion, Max Verstappen.

The opening six hours of the race itself saw Verstappen, who snatched the lead from Drugovich on the opening lap, battling with British GT race winner James Baldwin in the Veloce Sports entry. But as the race entered the evening, VC ProSIM Series Champion Maximilian Benecke powered the Redline entry into a strong lead. At this point, Verstappen was back on track, but his aggressive instincts made this return short lived as he spun, hit the barriers, lost two wheels and was forced to retire. This incident promoted the Drugovich Realtime Hydrogen team into a lead it held for the rest of the race.

The GTE class was equally exciting, with four cars from three teams – Porsche Esports, BMW Team Redline and the Ferrari Driver Academy – dominating. But in the second half of the race, the BMW in the hands of Kevin Siggy pulled clear of this chasing group to secure victory.

After 24 hours of non-stop racing, the overall win was secured by the Realteam Hydrogen Redline team of Drugovich, Rowland, Rietveld and Smidl, by a margin of just 90 seconds from the second-placed car, further confirming the excitement of these amazing events.

Gérard Neveu, 24 Hours of Le Mans Virtual Executive Producer, summed up the feeling of satisfaction felt by all involved in this race and the series: “We are very happy, when you put 116 simulators, representing the 50 cars, dispatching across 28 countries for 24 hours and connected to the same server without any technical failure during the long race, it is very satisfying. We can now make an appointment for next year for the third version of the 24 Hours of Le Mans Virtual.”