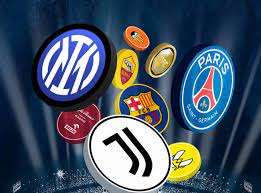 Fan tokens – the next big thing in sports fan engagement

Not all that many years ago, sports betting began to drift away from the traditional retail environment and into the personal digital space, and the pace of change accelerated rapidly. First it was mobile sports betting via dedicated apps, then it was fantasy sports and betting on esports and, most recently, betting using cryptocurrencies. New ideas and new companies appear all the time and it becomes ever more difficult to forecast what may be next.

One fairly recent arrival that is gaining traction is the fan token, a commodity that must be of keen interest to the sports betting sector. Fan tokens provide fans with blockchain-enabled digital engagement with their favourite sports teams. The sales pitch is that token holders benefit from a closer association with the team concerned and also receive a range of benefits and rewards. The tokens are effectively another form of cryptocurrency, as can be traded as their values can fluctuate.

This market was created by Socios – the Spanish name given to members of supporter-run clubs such as FC Barcelona – a company founded by French internet entrepreneur, Alexandre Dreyfus, who also heads up the cryptocurrency, Chiliz, and previously ran an online poker league. In fact, he was brainstorming ideas for monetising non-playing followers of his poker league teams when he realised he’d be better employed focusing on more mainstream spectator sports, and so Socios was conceived.

Value in the connection between fan and team

According to Dreyfus, fan tokens enable teams to better interact with the digital aspects of their fanbase, and he recently told the UK’s Sky News that “the value that is provided is not financial and will never be financial. The value is about the experience and the connection that is provided between the fan and the club. And we believe that the future of the sports industry is to go from the passive to the active fan.”

Socio fan tokens cost £2.00 each (US$2.62) and give supporters access to a mobile app, where they can vote on minor decisions such as the naming of a training facility or the playlists for stadium entertainment.

This concept might be easy to dismiss as a crazy dream was it not for the fact that Socios has clearly taken off, both amongst fans and importantly with sports teams themselves. Since launching, the Socio app has had 1.2m downloads and 900,000 active users.

Consumer profile has been achieved by major partnership agreements, notably Barcelona, Inter Milan, Juventus, Manchester City and Paris Saint-Germain and even Argentina’s top football division, now branded as Torneo Socios. Even European football’s governing body, UEFA, has got involved, recently agreeing a licensing and sponsorship deal with socios.com. In total, almost 50 partnerships are in place, covering football, cricket, motor racing, NBA basketball and MMA, all set to share in an estimated $150m of revenue in 2022. Socio’s assault on US sports includes discussions with more than 20 teams, including those in the NFL.

Dreyfus has a simple message for potential clients, “We have proven that we are here to stay, and this is not about you believing it, because it is happening. The question is whether you embrace it now or later.”

From the point of view of teams themselves, the incentive is financial, a point Dreyfus is keen to emphasise. “Of course this is money driven, sports teams need to pay players. Players are more and more expensive; therefore you need more and more revenue. We are a new revenue stream. My job is to monetise the 99% of fans who aren’t in the stadium. Our clients are the guys who will most likely never go to the stadium and yet dream about the team but were born in Korea, Japan, Turkey or Brazil.”

Only a tiny proportion of fans ever see teams play live

Partner teams enjoy a revenue share when tokens are first sold or subsequently traded and, with the volume of supporters involved, this could develop into a huge revenue source. Premier League football clubs, for example, have fanbases that run into tens of millions worldwide, and yet only a tiny proportion of these will ever see their team play in the flesh. On the face of it, fan tokens are an opportunity for these millions of supporters to not only feel engaged with the team, but also to actually participate in actual activities.

A potential opportunity to be embraced

Traditionalists will always find a reason to dislike anything that threatens their own territory, as this industry has seen on so many occasions. But many will be happy to embrace potential opportunities presented by synergies. Just as we have watched one time ‘new kids on the block’ DraftKings and FanDuel partner smartly and evolve into sports betting giants, so we should keep an eye on Socios, and fan tokens, and see where their roadmap leads.