China to create ‘reporting platform’ for locals to inform on igaming 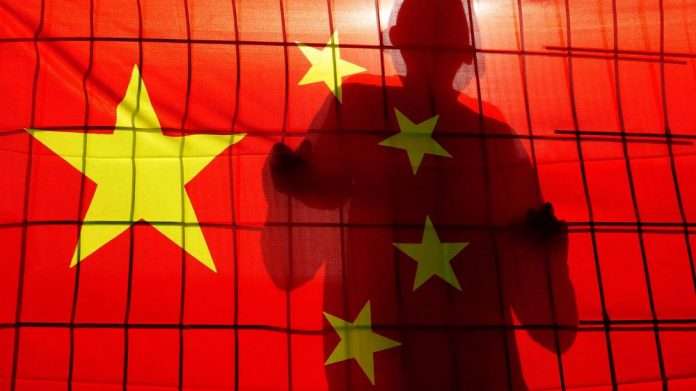 Frustrated by a rise in cross border online gambling activity through the COVID-19 crisis, Chinese officials now say they will offer cash rewards for citizens who snitch on operators – and the full force of the law for those who withhold information.

China says it will “severely hit” any online gambling operators targeting its citizens, with a new focus on tracing financial transactions to their source and offering significant bounties to individuals who inform on them.

In response to a noted rise in online gambling activity through the coronavirus pandemic, the state’s Ministry of Public Security issued a new six-point decree delineating how it intends to tackle online gambling and telecom network fraud which it says, “seriously injure the public’s lawful rights and interests.”

“Especially since the onset of the coronavirus epidemic, foreign casinos and gambling websites have increased their efforts to recruit our citizens for gambling, and some lawless individuals have brazenly used the epidemic to carry out telecom network fraud,” said the Deputy Minister for Public Security Wang Xiaohong.

“Cross border gambling where” the odds are set against you”, and telecom network fraud are all ‘traps’,” he added. “The public is asked to recognize the nature and serious harm of fraud, and to conscientiously resist going abroad to gamble or gambling online, and to be highly vigilant against new methods of telecom network fraud by continuously improving the awareness and preventive capacity.”

The new and more detailed update follows on from announcements in January which described measures to “break the chain” of cross-border gambling involving Chinese citizens – both at home and abroad. Part of the earlier approaches included a new “‘blacklist’ system for participating in gambling and employees and overseas tourist destinations,” on top of novel methods for detecting and cutting off financial transactions in and out of China.

China has been targeting operations in offshore jurisdictions such as Cambodia and the Philippines through 2019. A key policy change since the start of 2020 has been to target the supply chain of operators into the market: investors, software suppliers, agents and others.

The Ministry previously said it would freeze and seize funds found to be held by overseas igaming accounts in China and punish those payment processors that facilitate transactions.

The government now says its plans to speed up the construction of “reporting platforms” on which the general public will be invited to “actively report and expose” anyone involved in digital crimes; teaching others the means to commit them; or anyone providing them with assistance “such as network technical support or funding.”

The government will give “significant rewards to all those who provide leads that play a major role in clearing out major crime dens or in defeating especially large criminal gangs,” the ministry said. Meanwhile, “those who shelter or harbour criminals, who help destroy or fabricate evidence, or who conceal the proceeds of crime or the fruits of those proceeds, so as to constitute a crime, will be pursued for criminal responsibility in accordance with law.”